Saugus football hits the road to take on St. Paul 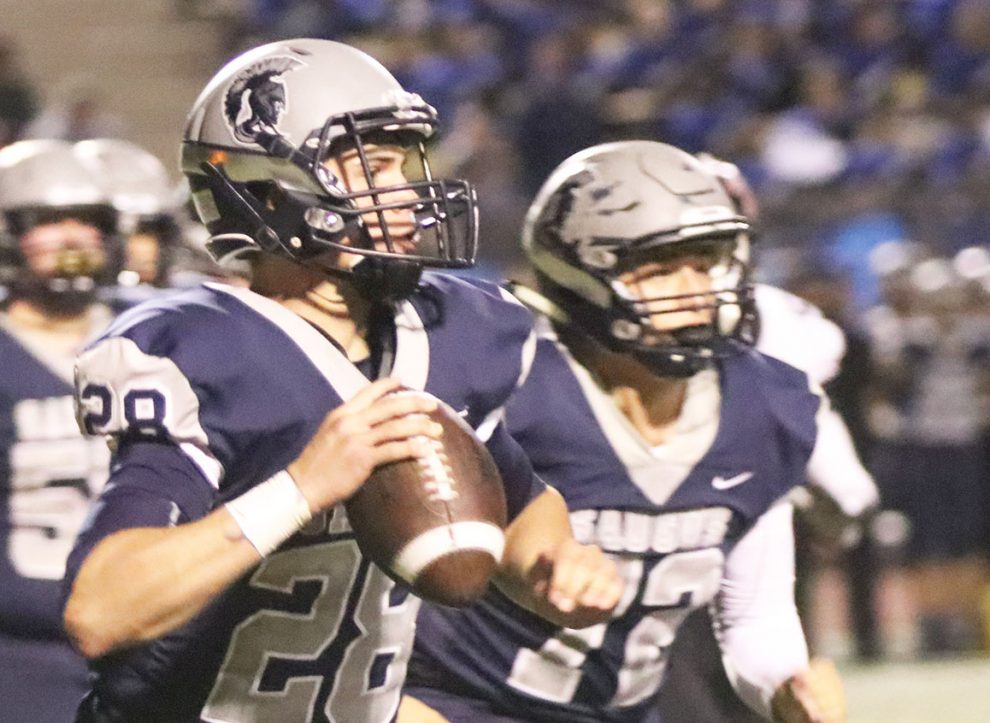 Quarterback Nathan Eldridge (28) of Saugus drives the ball up the field during a game against Hart at College of the Canyons on Friday, Nov. 3, 2017. Nikolas Samuels/The Signal

Haley Sawyer for The Signal

After being released from film on Tuesday, a group of mohawk-ed heads made their way onto the field for football practice.

Nearly every Saugus player had shaved his head in honor of the playoff season in accordance with tradition. Coach Jason Bornn himself was even sporting the hairstyle.

But great hair can only get you so far. The Centurions (5-6) are going up against a tough St. Paul team with an even tougher defensive line tonight.

“We’re going to do what we do,” said Bornn “We’ve gotten this far doing our basic stuff and it’s not going to change on Friday night.”

St. Paul also features a two-headed monster in running backs Que Allen and Armando Velasco. The former has 1,318 yards and 15 touchdowns, while the latter has 1,418 yards and 10 touchdowns.

“If we can get tuned in to that and make sure we stop the run game, we should be successful Friday night,” said quarterback Nathan Eldridge.

ldridge has dealt with several injuries across this season but is healthy and ready to go for playoffs. In nine games this season, he’s thrown for 807 yards and nine touchdowns while rushing for another 267 yards and six touchdowns.

Saugus also has a thousand-yard rusher on the team in Quinn Sheaffer. The running back has totaled 1,109 yards on 202 carries.